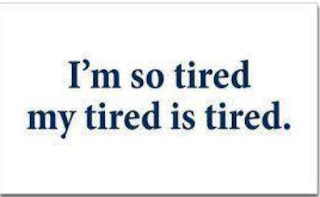 I usually write my blog while I am having my chemo infusion; however, yesterday I was too tired to have a coherent thought, so I chased a bunch of zzzzzzzs throughout my treatment. I seriously considered using toothpicks to keep my eyes open.


Part of my exhaustion was due to trying to fit in too much activity with my limited energy. Back in August, I asked my oncologist if I had his okay to attend the NPE (Network for Public Education) conference in Oakland in October. His only restriction was that I made sure that I kept my hands washed. On the flight out to San Francisco, I wore latex gloves, but by the time we got to Oakland, I was getting a bit tired of people staring at my hands, so I deep-sixed the gloves. However, due to the fires that were blazing in Santa Rosa and in various and sundry nearby areas, the air in Oakland left much to be desired for those of us whose systems are immune-compromised. So I limited my time outside, and I wore a mask when I did have to leave the hotel.

Needless to say, the conference was well worth the time and the exhaustion of traveling through 3 time zones and experiencing new sleep(less) patterns. Seeing old friends and meeting new education activists was energizing and hopeful. In this brave new world of education privatization, it is easy to become dispirited and frustrated, and yet the keynote speakers were engaging, inspiring, and thoughtful, and they gave me hope that together we can be the voice of reason and the change that we want.

There were lots of highly emotional moments for me, and many of the people who were aware of my cancer schmantzer odyssey said very kind things, which was both lovely and embarrassing. When Diane Ravitch introduced me and the other NPE Board members, I got more than a little choked up that someone whom I have respected and admired for so long said such personal and kind things about me. Holy cow!

However, the trip home was beyond exhausting. We took the train (aka the BART) to San Francisco airport, trying to balance our suitcases while being squeezed in between lots of commuters. From there we flew to Dallas, where we ran into more exhausting frustrations. We flagged down an airport cart driver to take handicapped travelers to their gates, and we asked him if he was going anywhere near our gate. He said that he was, so we hopped on. We have always taken the tram to get from one gate to another, so I have no idea why we chose to ride in the cart. Obviously, our tired brains were in a fog, but we eventually spotted the SkyLink tram and got to our gate just in time to board.

Among the many things on this trip that I learned through random conversations with people who have experienced similar health issues and other unspeakable tragedies is that our culture does not give us the language to deal with unexpected life twists or tragedies.
Fortunately, there are friends who are not afraid to ask me specific questions or to offer specific help which tells me that they still see me as a person and as a friend and not as a victim.

Despite my exhaustion and frustration from this energy depleting trip, I am glad that I went to Oakland. It was good to be with other people who care about kids and who are willing to fight for the them.

This whole weekend was somewhat surreal.  Due to the nearby fires, the beauty of the Bay area was masked by the smoke from the fires. Reading all of the "me, too" comments on social media raised my awareness of how pervasive sexual assault really is. Realizing that our government has not yet done much to help our citizens in Puerto Rico is dispiriting and depressing.  However, it is good to know that previously unengaged people are beginning to get engaged because it has become apparent that there is an assault on nearly everything we have taken for granted.

All in all, the conference gave me the WILL to carry on with the activism that I have been engaged in since 2011. Obviously, I do not know how my story will end, but I do know that nowhere in the text will it ever read..."I gave up." 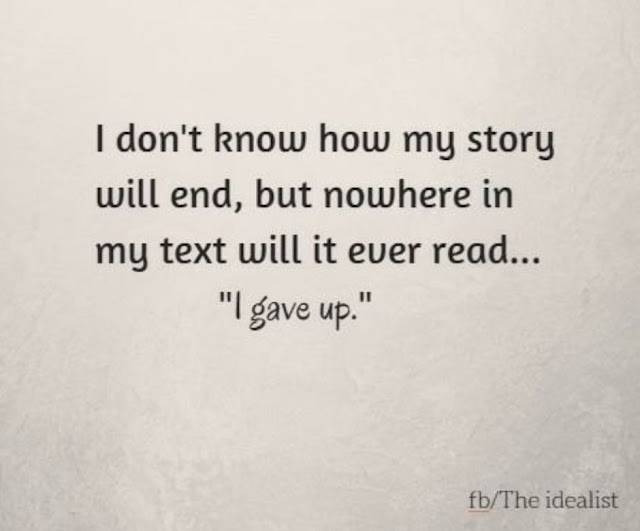